VIFF: What We Do Next 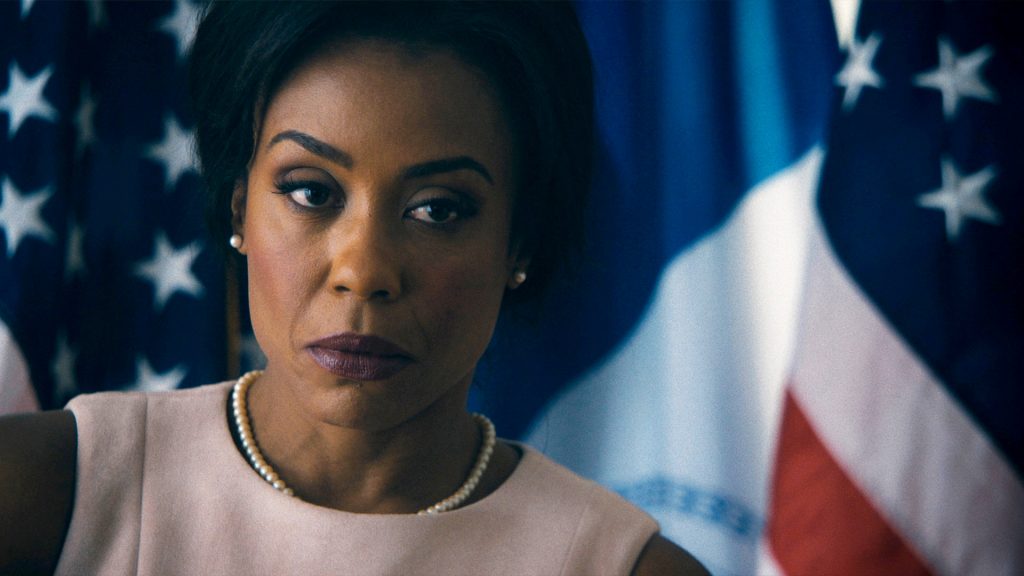 Councilwoman Sandy James (Karen Pittman) aspires to a more compassionate New York. But when a woman from her past, Elsa (Michelle Veintimilla), is released from prison, Sandy worries her detractors will uncover her involvement in Elsa’s crime. Sixteen years ago, Sandy and her then-fling, corporate lawyer Paul (Corey Stoll), loaned $500 to a teenage Elsa who sought protection from her abusive father—not realizing they were buying her a gun with which to kill him.

To protect Sandy’s career, she and Paul ask Elsa to lie to a journalist about the source of the funds. But one lie opens the door to blackmail, and when Elsa’s parole is violated, she asks Sandy and Paul to corroborate another lie—forcing them to walk the razor’s edge between their morals and the standard judicial process. Writer/director Stephen Belber’s heart-wrenching dramatic three-hander provides incisive commentary on gun control, racial and class biases, the nature of trauma, and the failures of the U.S. justice system to protect the most vulnerable.

https://youtube.com/watch?v=
A New York City politician is forced to navigate her complicated past with a young woman recently released from prison and corporate attorney. Power constantly shifts among the three characters as they fight for their version of the truth.