VIFF: Something in the Dirt 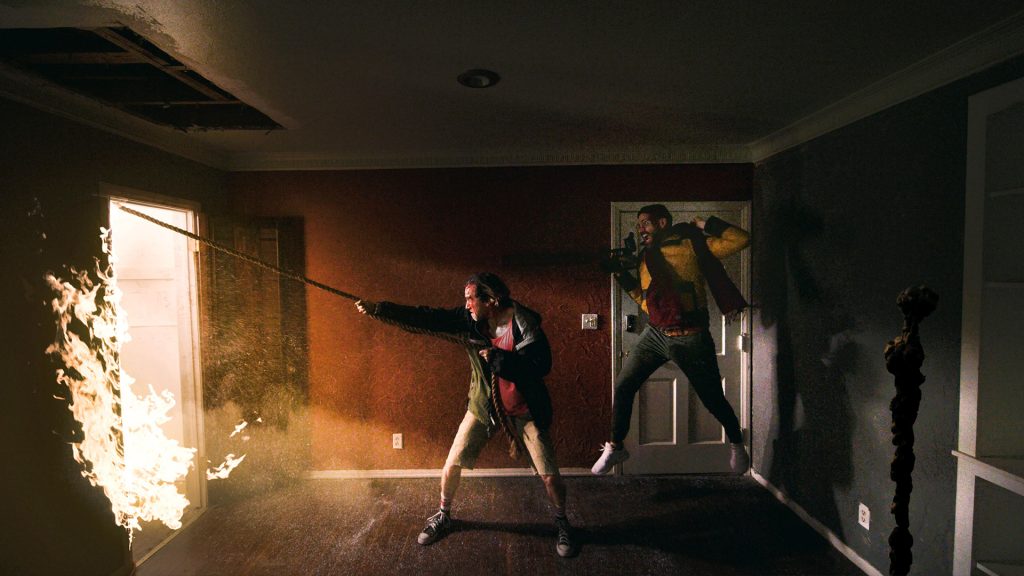 Determined to escape perpetually post-apocalyptic Los Angeles, Levi (Justin Benson) instead falls in with John (Aaron Moorhead), a kindred conspiracy theorist. After witnessing an inexplicable event in Levi’s apartment, the neighbours become intent on monetizing the paranormal activity by shooting a Netflix-style docuseries. Convincing themselves that they’re piecing together a grand puzzle consisting of (but hardly limited to) numerology, symbology, energy fields, and mass simulations, they plunge through the looking glass and tumble down a succession of rabbit holes.

Serving as directors, producers, editors, stars, writer (Benson) and cinematographer (Moorhead), this dynamic duo, last seen at VIFF with 2017’s The Endless, remain the standard bearers for DIY speculative cinema. Their on-screen chemistry and adroitness with cinematic sleights of hand anchor their latest film even as Levi and John spiral further into delusion. Ultimately, it’s Benson and Moorhead’s infectious enthusiasm for mining mystery and endless possibility from the mundane that makes this lo-fi sci-fi spectacle so captivating.

When neighbors John and Levi witness supernatural events in their LA apartment building, they realize documenting the paranormal could inject some fame and fortune into their wasted lives.