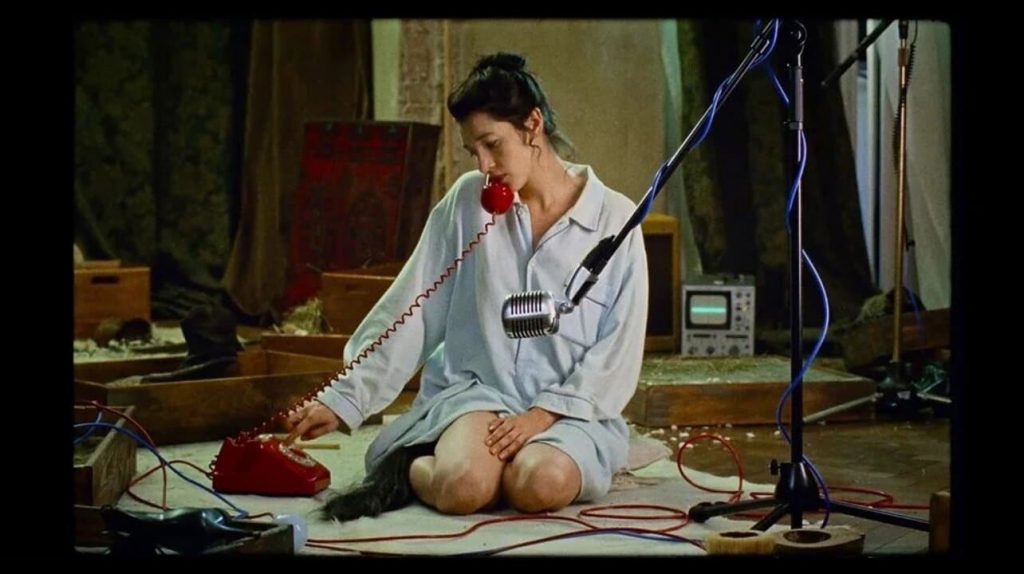 In modern-day Berlin, Eva, a timid foley artist, moves around the world with both curiosity and caution. If quiet enough, she can be invisible to others, allowing her to explore parts of humanity most of us could never imagine. Her latest project, creating sound effects for a medication commercial starring a dark bay horse, releases Eva from her past inhibitions and transforms her physical form beyond the realm of possibility.

https://youtube.com/watch?v=
When her sibling Zara suffers a nervous breakdown, the introvert Eva is forced to take on Zara’s job as a Foley artist. She struggles to create sounds for a commercial featuring a horse, and then a horsetail starts growing out of her body. Empowered by her tail, she lures a botanist into an affair, through a game of submission. Piaffe is a visceral journey into control, gender, and artifice.