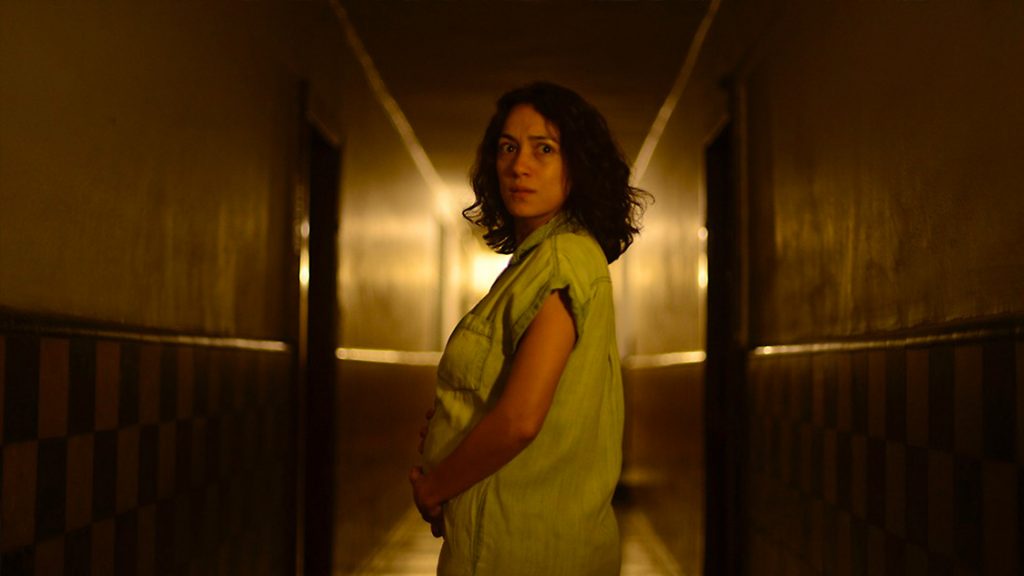 A riveting, genre-bending feature debut following a soon-to-be mother, Valeria, as she starts experiencing odd visions and sensations that alert her to a supernatural presence lurking around the corner. As her paranoia grows, she encounters increasing resistance from her partner and immediate family, with old wounds slowly resurfacing and further alienating her from her loved ones.

Precise yet measured in its use of occult themes and genre conventions, Huesera expertly fuses elements of demonic possession and witchcraft while drawing from regional folklore. Meanwhile, it astutely taps into taboo themes around motherhood, adding weight to every bone crack and window peek. A truly chilling watch, the film leans heavily into the body horror realm, employing sound and spider analogy to evoke the nature of demonic temperament. The visceral choreographies and bone-cracking alone promise to haunt one long after the credits roll.

iCal
gCal
It should be the happiest time in Valeria’s life. She and her husband, Raul, have finally seen one of their longtime dreams come true: Valeria is pregnant. At first, everything seems perfect. Gradually, though, her mood darkens. With motherhood upon her, Valeria can't shake off heavy self-doubt and a pervasive dread, the latter stemming from visions of spider-like presences and other possibly supernatural threats, all of which may be the work of an entity known as “La Huesera.” Hoping to confront these demons, she reconnects with the old, more carefree life she once gave up for Raul, including rekindling an old flame with her first love, Octavia.