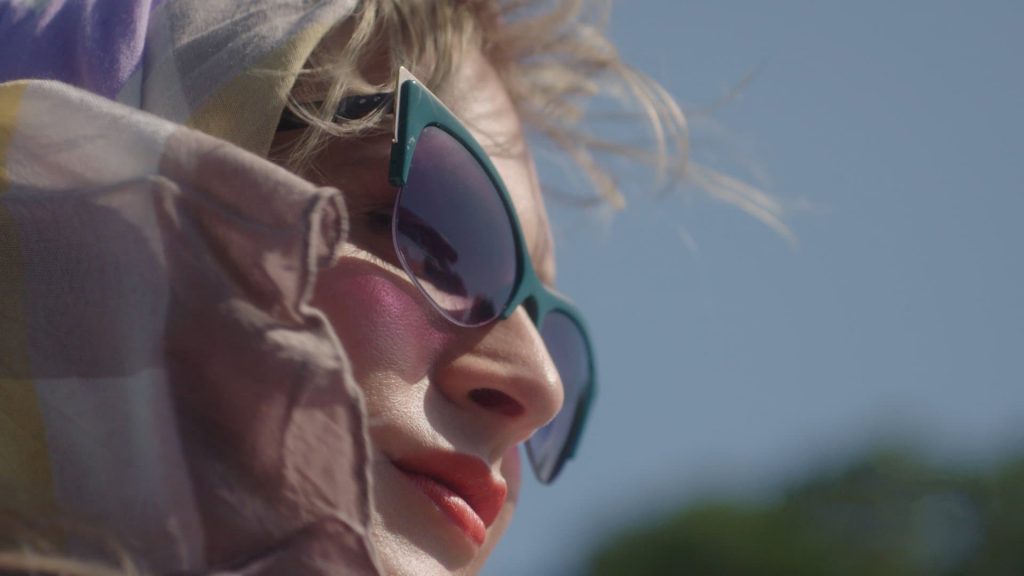 Exhuming transcripts from a 1950s UCLA study on transgender individuals, Chase Joynt and his cast employ re-enactments, reinvention, and personal reflections to examine the trans stories that are told and how—and by whom—they are authored.

Every bit as conceptually daring as VIFF 2020’s No Ordinary Man (which Joynt co-directed), Framing Agnes sees the director assume the role of vintage talk show host and administers clinical interrogations of the titular Agnes (Zackary Drucker) and dozens of other individuals (played by influential figures like Angelica Ross and Jen Richards) who transitioned in the mid-20th century. Further blurring fact and fiction, Joynt and his collaborators counterpoint their lived experiences with those of the women they’re portraying, while academic Jules Gill-Peterson offers historical context.

The result is an all-too-rare film that is in constant dialogue with itself. Both a historical excavation and bold deconstruction, Framing Agnes exists in a liminal space. And in sparking essential discourse about these trailblazers, it aspires to lay the groundwork for further social change.

iCal
gCal
https://youtube.com/watch?v=
Agnes, the pioneering, pseudonymized, transgender woman who participated in Harold Garfinkel’s gender health research at UCLA in the 1960s, has long stood as a figurehead of trans history. In this rigorous cinematic exercise that blends fiction and nonfiction, director Chase Joynt explores where and how her platform has become a pigeonhole. Framing Agnes endeavors to widen the frame through which trans history is viewed — one that has remained too narrow to capture the multiplicity of experiences eclipsed by Agnes’. Through a collaborative practice of reimagination, an impressive lineup of trans stars (Zackary Drucker, Angelica Ross, Jen Richards, Max Wolf Valerio, Silas Howard, and Stephen Ira) take on vividly rendered, impeccably vintage reenactments, bringing to life groundbreaking artifacts of trans healthcare.