I know what I saw. 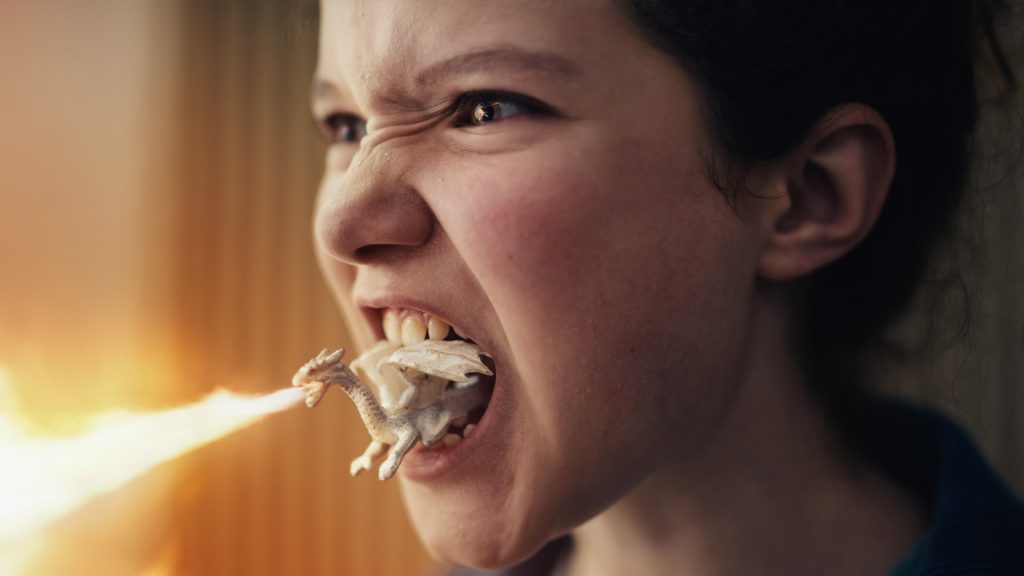 In the wake of witnessing a brutal assault, 12-year-old Blaze (Julia Savage) takes shelter in an imaginary world. Inspired by the posters and trinkets in her bedroom, this glittery, candy-coloured realm is also home to Zephyr, a papier-mâché dragon who consoles and counsels Blaze as she learns to overcome her debilitating fear. As her doting single dad (Simon Baker) accepts that he’s powerless to put things right, it’s left to Zephyr to stoke Blaze’s warrior spirit, allowing her to finally roar and ensure that justice is dispensed.

Having twice scored the prestigious Archibald Prize for her psychedelic fantasy artwork, Del Kathryn Barton now unleashes a towering debut feature that fuses live action, practical puppetry, stop motion animation, and expressive visual effects to chart Blaze’s tumultuous passage into adulthood. Teeming with images that sear themselves onto the subconscious, it’s a testament to what the imagination is capable of. Likewise, it asserts that rage can be every bit as purifying as fire.

iCal
gCal
After a young girl witnesses a violent crime, she summons an imaginary dragon to help process her anger and protect her on her journey into womanhood.