When you can live forever, what do you live for? 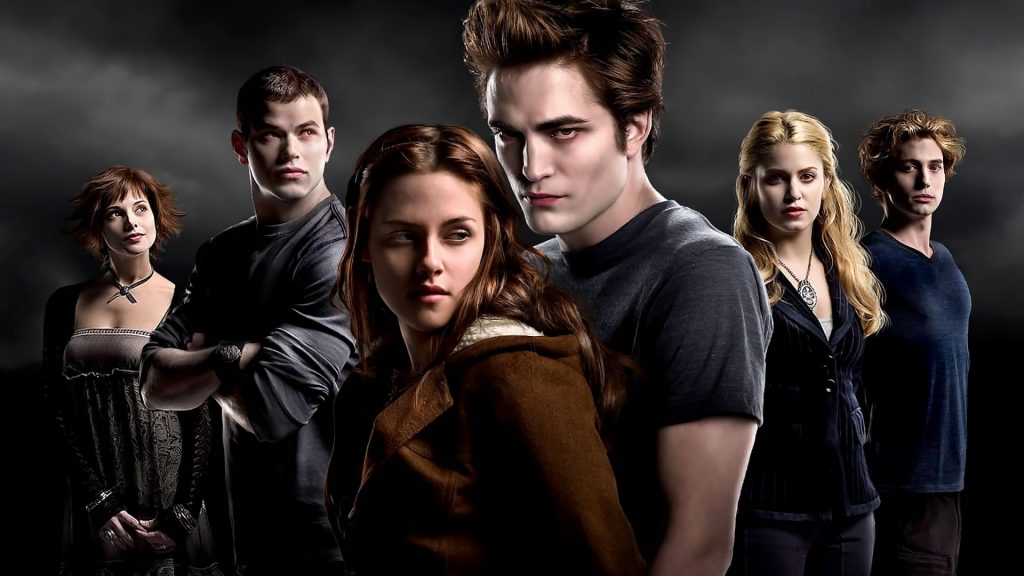 We’re sinking our teeth into one of the most beloved, most requested franchises we’ve had lately, so whether you’re #TeamJacob or #TeamEdward, get ready to bring on all the the heated sidelong glances and moments of sparkling, yet awkward silences for a bloody good double bill viewing featuring TWILIGHT (2008) and TWILIGHT: NEW MOON (2009).

See one, or see ’em both for one sweet price!

High-school student Bella Swan (Kristen Stewart), always a bit of a misfit, doesn’t expect life to change much when she moves from sunny Arizona to rainy Washington state. Then she meets Edward Cullen (Robert Pattinson), a handsome but mysterious teen whose eyes seem to peer directly into her soul. Edward is a vampire whose family does not drink blood, and Bella, far from being frightened, enters into a dangerous romance with her immortal soulmate.

“I watched ‘Twilight” in a cinema full of young girls who, when they weren’t texting friends and guzzling soft drinks, giggled, sighed and exhaled with a passion that was not only endearing, but a measure of its emotional truth.” (Daily Telegraph)

“A sometimes girlie swirl of obsession that will delight fans, this faithful adaptation is after teenage blood, and will most likely hit a box office artery.” (Empire Magazine)

“The two hormonal teenagers sizzle like sausages in a frying pan. The supernatural stunts don’t disappoint. Neither does the deadpan wit.” (Times UK)

THE TWILIGHT SAGA: NEW MOON
Movie 11:15 pm *As this is screening as part of a double feature, the start time is subject to change. Please arrive on time,
Single Film Tickets HERE

Late Night Date Night! If you’re coming for TWILIGHT: NEW MOON, bring a friend, date, or spider monkey and get 2-for-1 entry!

TWILIGHT (Catherine Hardwicke, 2002 / 122 mins / PG) When Bella Swan moves to a small town in the Pacific Northwest, she falls in love with Edward Cullen, a mysterious classmate who reveals himself to be a 108-year-old vampire.

THE TWILIGHT SAGA: NEW MOON (Chris Weitz, 2009 / 130 mins / PG) Edward leaves Bella after an attack that nearly claimed her life, and, in her depression, she falls into yet another difficult relationship – this time with her close friend, Jacob Black.

When Bella Swan moves to a small town in the Pacific Northwest, she falls in love with Edward Cullen, a mysterious classmate who reveals himself to be a 108-year-old vampire. Despite Edward's repeated cautions, Bella can't stay away from him, a fatal move that endangers her own life.