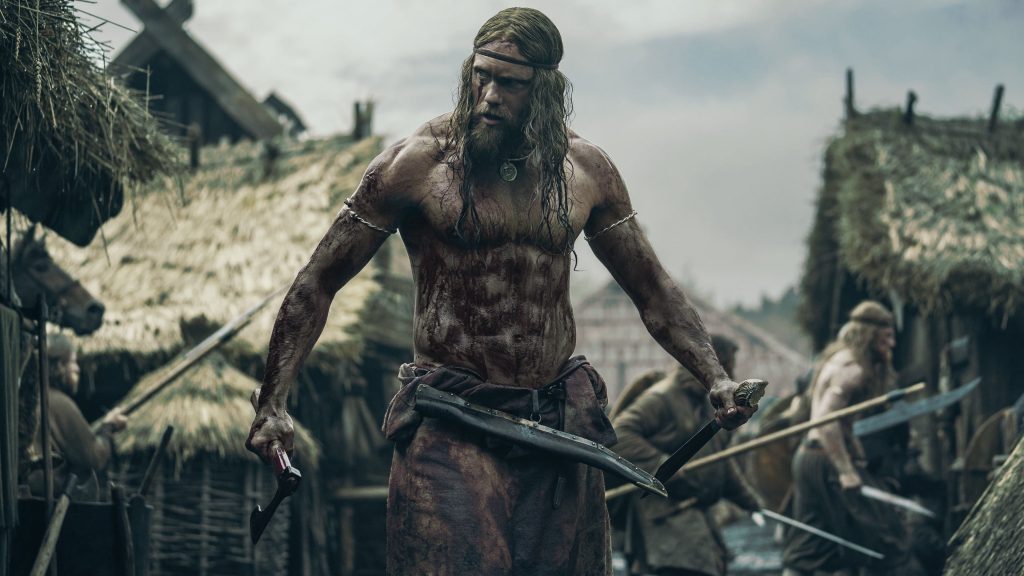 From visionary director Robert Eggers (THE VVITCH, THE LIGHTHOUSE) comes THE NORTHMAN, an action-filled epic that follows a young Viking named Prince Amleth. He is on the verge of becoming a man when his father is brutally murdered by his uncle, who then kidnaps the boy’s mother. Two decades later, Amleth is now a Viking who’s on a mission to save his mother, kill his uncle and avenge his father. With Alexander Skarsgård, Nicole Kidman, Anya Taylor-Joy, Willem Dafoe, Björk, Claes Bang.

“A death-metal ode to honor, retribution and sacrifice that casts payback in a surprisingly, and thrillingly, positive light.” (The Daily Beast)

“A ferocious revenge tale that’s heavy on the blood and sweat but light on the tears.” (Film Frenzy)

“Blood runs, mud flies and bones crack — in crisp, percussive ways you’ve hopefully never heard in real life — throughout ‘The Northman’, a grand, gut-spilling Norse epic that feels at once earthily ancient and thrillingly modern.” (Film of the Week)

“A savage and mesmerizing Viking saga like no other, Robert Eggers’ The Northman leaves your senses bludgeoned by the time the credits roll.” (The Ringer)

“Robert Eggers makes ‘The Northman’ as crafty as an art film, as brutal as a slasher flick – two-plus hours of arthouse savagery.” (NPR)

THE NORTHMAN (Robert Eggers, 2022 / 137 mins / 14A) Prince Amleth is on the verge of becoming a man when his father is brutally murdered by his uncle, who kidnaps the boy’s mother. Two decades later, Amleth is now a Viking who raids Slavic villages. He soon meets a seeress who reminds him of his vow — save his mother, kill his uncle, avenge his father.

Prince Amleth is on the verge of becoming a man when his father is brutally murdered by his uncle, who kidnaps the boy's mother. Two decades later, Amleth is now a Viking who's on a mission to save his mother, kill his uncle and avenge his father.