Harry Caul is an invader of privacy. The best in the business. 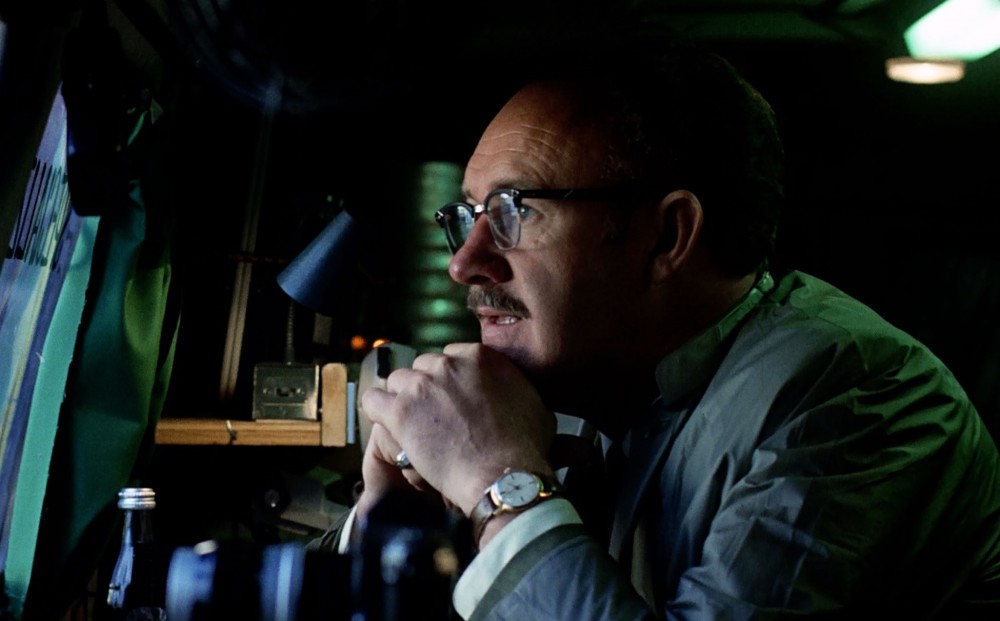 THE CONVERSATION, Francis Ford Coppola‘s 1974 masterpiece of societal paranoia in the guise of a techno-thriller, is back on the big screen as part of a brand new restoration remixed by  legendary sound designer Walter Murch.

Sandwiched between the filmmaker’s first two GODFATHER epics, THE CONVERSATION was a smaller, more personal exploration of humanity becoming enslaved and ultimately destroyed by the development of highly sophisticated surveillance technology. The film’s timing couldn’t have been more prescient, with the concurrent revelation during the Watergate hearings of a secret taping device in the Oval Office. Although the cutting-edge electronics of that time now look like Victrolas compared to the pocket-sized gadgetry of today, the themes of social alienation, ruthless corporate behavior, and a testing of one’s faith resonate even deeper as we enter the second decade of the 21st century.

Winner of the 1974 Palme d’Or at Cannes, and nominated for three Oscars including Best Picture (losing out to Coppola’s own THE GODFATHER: PART II ), THE CONVERSATION features a cast of future stars, including John Cazale, Robert Duvall, Harrison Ford, Teri Garr, Frederick Forsythe, and Cindy Williams. The minimalist piano music by David Shire is considered one of the great film scores of that era.

“AN IMMACULATE THRILLER, a study in paranoia and loneliness, partly inspired by Antonioni’s ‘Blow-Up,’ and released as the Watergate scandal was unfolding, [with] one of Gene Hackman’s greatest performances. (The Guardian)

“A BLEAK AND DEVASTATINGLY BRILLIANT FILM!” (Time Out)

“”The Conversation” truly feels both timeless and of the moment.” (LA Times)

“Thanks to Walter Murch’s keen, intuitive sound montage and Hackman’s clammy, subtle performance, the movie captures [an] elusive and universal fear-that of losing the power to respond, emotionally and morally, to the evidence of one’s own senses.” (The New Yorker)

THE CONVERSATION (Francis Ford Coppola, 1974 / 113 mins / 14A) Lonely wiretapping expert and devout Catholic Harry Caul  is hired to record a seemingly innocuous conversation in San Francisco’s Union Square between two lovers. Upon re-hearing the tapes, however, Caul believes he may be putting the couple in danger if he turns the material over to his client. But what one hears can ultimately turn out to be quite different from what was actually recorded.

iCal
gCal
Surveillance expert Harry Caul is hired by a mysterious client's brusque aide to tail a young couple. Tracking the pair through San Francisco's Union Square, Caul and his associate Stan manage to record a cryptic conversation between them. Tormented by memories of a previous case that ended badly, Caul becomes obsessed with the resulting tape, trying to determine if the couple is in danger.