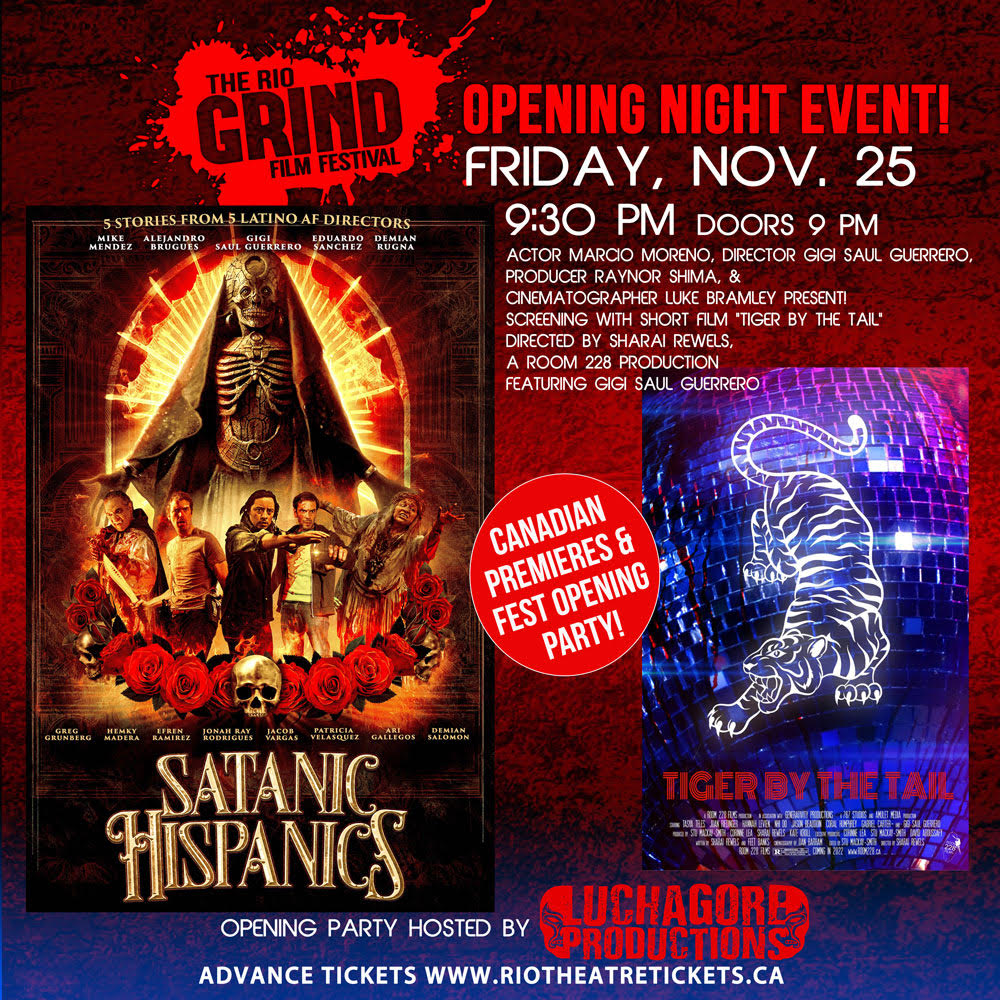 SATANIC HISPANICS  is an anthology of five short films from some of the leading Latin filmmakers in the horror genre, spotlighting Hispanic talent both in front and behind the camera. When police raid a house in El Paso, they find it full of dead Latinos, and only one survivor. He’s known as “The Traveler,” and when they take him to the station for questioning, he tells them those lands are full of magic and talks about the horrors he’s encountered in his long time on this earth, about portals to other worlds, mythical creatures, demons and the undead… Stories about Latin American legends.

“A horror anthology that celebrates Hispanic heritage and produces an eclectic mix of tales that take bold, diverse swings. That variation provides a strange yet captivating journey.” (Bloody Disgusting)

“Although multiple directors were involved, it maintains impressive consistency in both style and tone, each of them adding their own quirks and flourishes without anything jarring.” (Eye for Film)

Paired with the short film TIGER BY THE TAIL directed by Sharai Rewels.

Ticket includes entry to the film and after party at the Rio Theatre hosted by Luchagore Productions.

*Must be 19+ w/ID for entry and bar service. Sorry, Rio Theatre Groupons and regular movie passes n/a for this event.

SATANIC HISPANICS (Alejandro Brugués, Mike Mendez, Demián Rugna, Gigi Saul Guerrero, Eduardo Sánchez, Demián Rugn 2022 / 105 mins)  A police raid takes place on a mystery location where a brutal massacre has happened and only one survivor remains. Taken into custody, the mysterious man has some strange tales to tell whilst the clock ticks down to a deadline that man says will be the end of them all.

Police raid a house in El Paso, Texas full of dead Latinos, and only one survivor: The Traveler. When the cops bring him to the station for questioning, he tells them about the horrors he’s encountered in his long time on this earth.