Once Upon a Time in…Hollywood

In this town, it can all change… like that 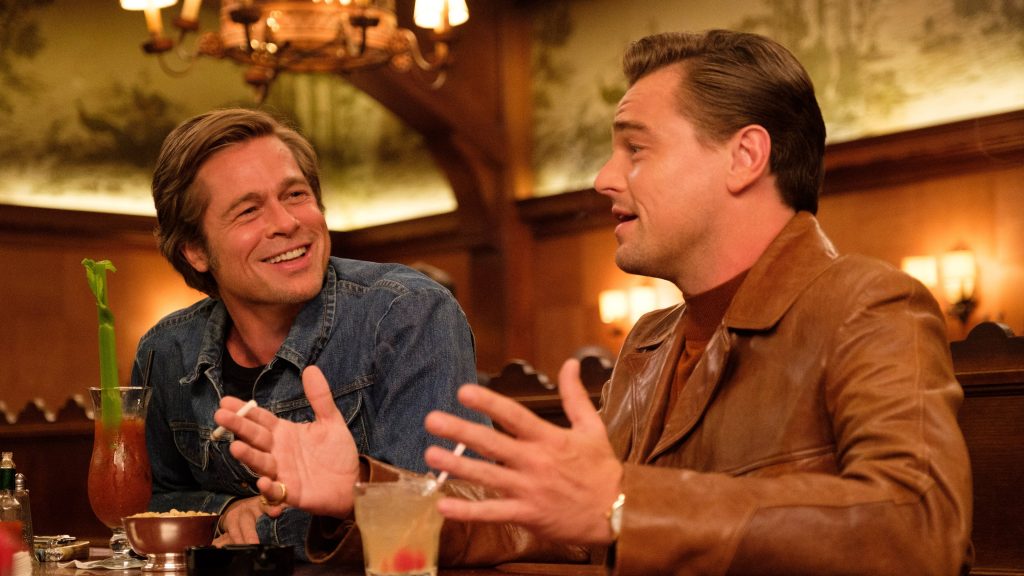 “That was the best acting I’ve ever seen in my whole life.”

Set in Los Angeles in 1969, at the the height of hippy Hollywood, Quentin Tarantino‘s ninth feature film ONCE UPON A TIME IN HOLLYWOOD (2019) was nominated for a slew of Oscars, and ended up with a win for Brad Pitt (Best Supporting Actor).

“Bolstered by strong performances and immersive production design, Once Upon a Time in Hollywood is an introspective and rewarding film from Tarantino.” (Screen Rant)

“The filmmaker may be on a mission to get everything right about 1969, down to the sounds and smells, but he’s also inviting us to smoke a little wrongness.” (New Yorker)

“You might say Tarantino’s oeuvre is a box of chocolates: Some of them are more bitter and unpleasant than others, but they’re all still chocolate. ‘Once Upon a Time in … Hollywood’ might be the tastiest one in the box.” (NPR)

ONCE UPON A TIME… IN HOLLYWOOD (Quentin Tarantino, 2019 / 141 mins / 14A) A faded television actor and his stunt double strive to achieve fame and success in the film industry during the final years of Hollywood’s Golden Age in 1969 Los Angeles.

Los Angeles, 1969. TV star Rick Dalton, a struggling actor specializing in westerns, and stuntman Cliff Booth, his best friend, try to survive in a constantly changing movie industry. Dalton is the neighbor of the young and promising actress and model Sharon Tate, who has just married the prestigious Polish director Roman Polanski…