A crash course in revenge 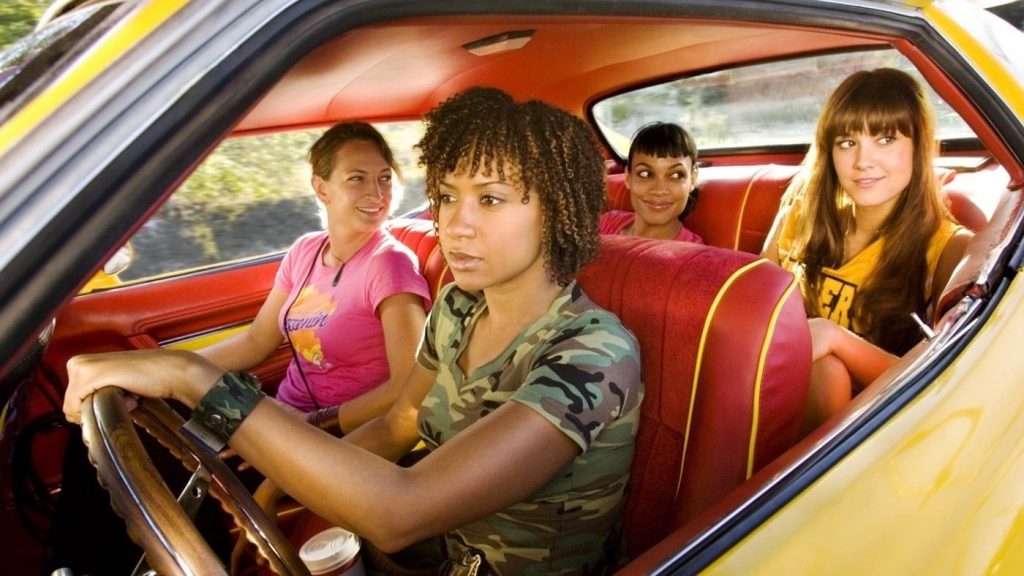 In 2007, director Quentin Tarantino and Robert Rodriguez paid homage homage to the drive-in double features of the 60s and 70s with GRINDHOUSE, a two-picture collaboration that featured two back-to-back offerings. that include previews of coming attractions between them.

We’re tipping our hat to the 15th Anniversary of this high-octane homage with a screening of Quentin Tarantino‘s 100 mile-an-hour-on-the-edge-of-your-seat DEATH PROOF – the ultimate love letter to fabulous stuntwork, 70s muscle cars, and cinematic “final girls.” Kurt Russell stars as Mike, a stuntman and professional body double who likes to take unsuspecting women for deadly drives in his free time. He has doctored his car for maximum impact; when Mike purposely causes wrecks, the bodies pile up while he walks away with barely a scratch. The insane Mike may be in over his head, though, when he targets a tough group of female friends, including real-life stuntwoman Zoë Bell (who served as Uma Thurman‘s double in KILL BILL), who plays herself. With Rosario Dawson, Tracie Thoms.

Austin's hottest DJ, Jungle Julia, sets out into the night to unwind with her two friends Shanna and Arlene. Covertly tracking their moves is Stuntman Mike, a scarred rebel leering from behind the wheel of his muscle car, revving just feet away.

You are a very capable individual!