There are no clean getaways. 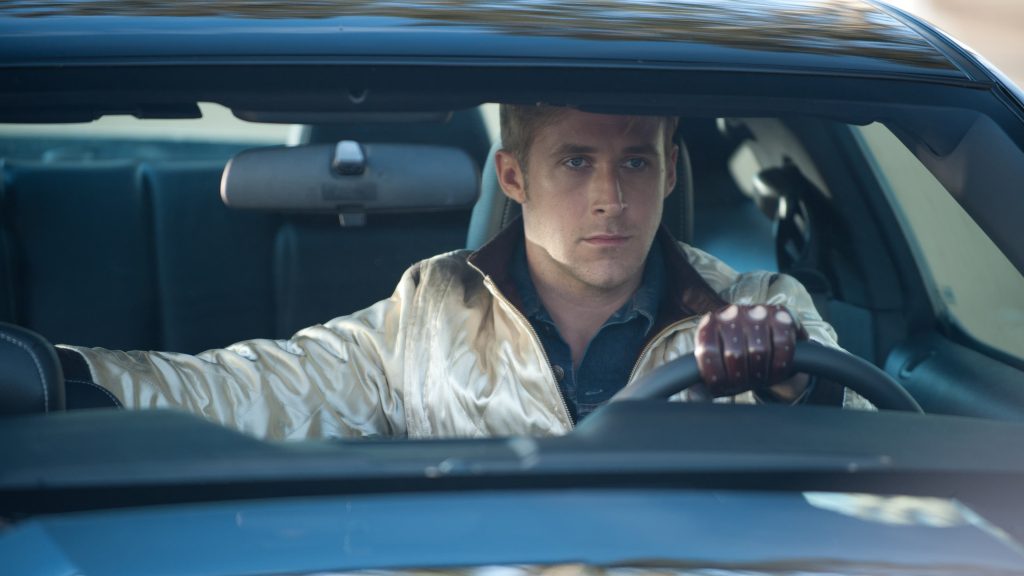 “If I drive for you, you get your money.
You tell me where we start, where we’re going, where we’re going afterwards. I give you five minutes when we get there. Anything happens in that five minutes and I’m yours. No matter what. Anything a minute on either side of that and you’re on your own. I don’t sit in while you’re running it down.
I don’t carry a gun.
I drive.”

Our always-and-forever imaginary boyfriend Ryan Gosling stars as a mysterious loner whose day job has him working as a mechanic and movie stunt car driver while quietly moonlighting his talents on the other side of the law at night. After he unexpectedly falls in love with his single-mother neighbour (Carey Mulligan), he finds himself unwittingly sucked into the dangerously chaotic life of her ex (Oscar Isaac), an ex-convict whose shady underworld drama puts her and her young son in serious danger.

Refn‘s seamless and visionary blend of arthouse-inspired cinematography, a crazy-cool soundtrack and knockout performances from a seriously stellar cast caught people’s attention when it bowed at the Cannes Film Festival in 2011, winning him the award for Best Director and firmly establishing him as a filmmaker to watch. Also starring Bryan Cranston, Albert Brooks, Christina Hendricks, and Ron Perlman.

“This is pop art of the highest degree.” (Deadspin)

Late Night Date Night! Bring a friend or a date and get two-for-one entry.

DRIVE (Nicolas Winding Refn, 2011 / 100 mins / 18A) A mysterious Hollywood stuntman and mechanic moonlights as a getaway driver and finds himself trouble when he helps out his neighbor.

Driver is a skilled Hollywood stuntman who moonlights as a getaway driver for criminals. Though he projects an icy exterior, lately he's been warming up to a pretty neighbor named Irene and her young son, Benicio. When Irene's husband gets out of jail, he enlists Driver's help in a million-dollar heist. The job goes horribly wrong, and Driver must risk his life to protect Irene and Benicio from the vengeful masterminds behind the robbery.