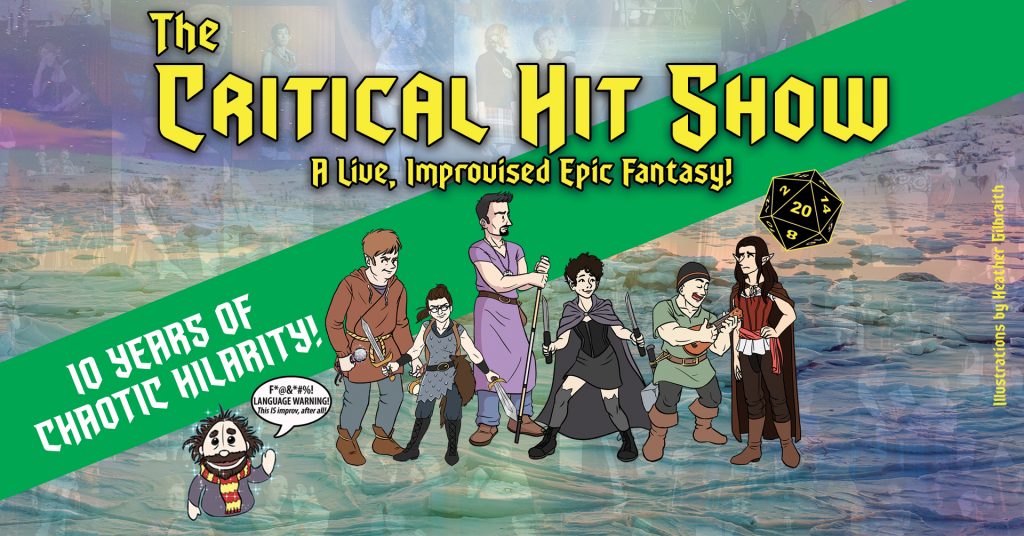 The live, smash hit epic comedy returns for more monstrous merriment (and snacks!) – it’s THE CRITICAL HIT SHOW! Join Vancouver’s best improv performers at the Rio Theatre for a night of intrepid cosplay, questing for comedy glory (and snacks) in a hilariously epic adventure that has been running continuously since 2012.

Spanning over 100 live performances in both Canada and the United States, two years of “at-home” streaming, and frequent festival appearances, The Critical Hit Show is one of the longest running comedy shows around. #DNDLive is an improvised adventure that takes its inspiration from tabletop role-playing games, fantasy film and TV, and (most importantly) you!

Whether you’re a longtime fan, you’ve been enjoying our live streamed shows, or you’re brand new to The Critical Hit Show, you’re going to have a great time.

*Ages 16+ OK! (Language warning.) Must be 19+ w/ID for bar service.
*Sorry, no Rio Theatre Groupons or passes accepted for this show.