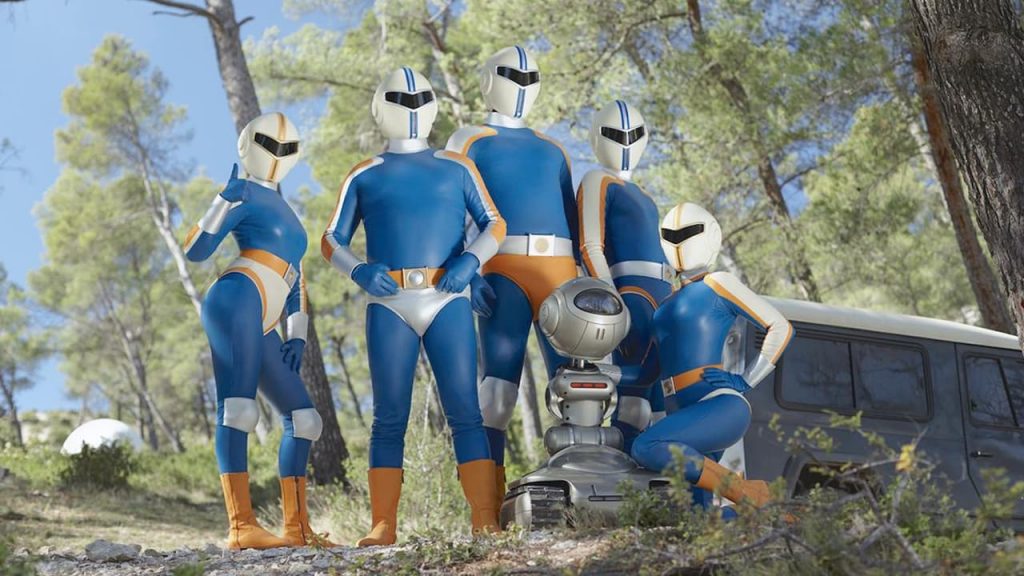 In the wake of a viscera-spilling battle with a menacing foam-rubber turtle, the superheroic, hard-smoking members of Tobacco Force are ordered to undergo a week of team-building at a remote bunker. In lieu of trading punches with arch-nemeses, they exchange outrageous campfire stories about others’ misfortunes, each of which demonstrates that Quentin Dupieux’s absurdism has multiple registers. Alas, there’s no rest for the spandex-clad, as the reigning Emperor of Evil has spotted an opportune time to annihilate the universe.

Assembling a constellation of notable French stars (including Gilles Lellouche and Anaïs Demoustier), adorning them in Mighty Morphin Power Rangers knockoff costumes, and surrounding them with janky, outdated technology, Dupieux concocts the superhero sendup that we never would’ve believed that we desperately needed. Melding the altruism commonly associated with the cape-and-cowl genre with the inherent nihilism of the director’s outré oeuvre results in one of the year’s most sublimely ridiculous films.

https://youtube.com/watch?v=
After a devastating battle against a diabolical turtle, a team of five avengers – known as the "Tobacco Force" - is sent on a mandatory retreat to strengthen their decaying group cohesion. Their sojourn goes wonderfully well until Lézardin, Emperor of Evil, decides to annihilate planet Earth.